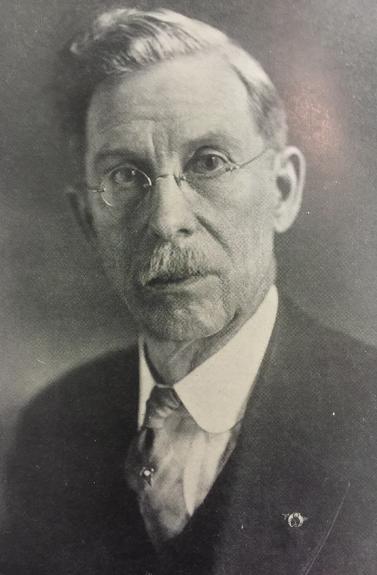 Thomas Jefferson Luttrell was born in Greene County on Aug. 4, 1861 and died on December 24, 1941. He was buried with Masonic honors in the Oak Grove Cemetery.

He received his education in the schools of Greene County, and when a young man he moved to Greeneville, where he was active in the business, political, and religious life of the city for the remainder of his life. He was engaged in the mercantile and banking business, served as County Court Judge and a member of the City Council, and was active in the Asbury Methodist Church for more than fifty years.

He was exalted in Greeneville Chapter No. 135 on December 15, 1896, and served as High Priest in 1925. He was anointed in the Holy Order of High Priesthood at Nashville in January 1925.

He was a charter member of the Eastern Star Chapter in Greeneville.

He was elected Grand Steward of the Grand Council on January 29, 1923, and advanced each year thereafter, being elected Most Illustrious Grand Master on January 24, 1927.